There are many reasons why an auto manufacturer may deny or ignore a legitimate lemon law claim. In this post, I cover practical reasons for claim denial, which are listed in no particular order. Please note that this information is based on my experience and opinion as a lemon law attorney, who previously represented automakers and now represents consumers. 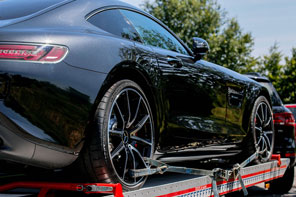 This is an ugly truth about customer service in general. Big manufacturers know that many people who have a valid claim don’t have time to pursue it or will give up in frustration if they are forced to wait long or work hard for a solution. Consequently, some manufacturers simply deny claims; while others are more passive-aggressive and delay claims to test consumers’ resolve.

Some manufacturers have poor methods for gathering information and repair documents after a lemon law claim is made, let alone anticipating and proactively addressing a lemon law violation based on accruing repair opportunities. As a lemon law defense attorney, I often had to gather and summarize repair records myself, showing my clients what repairs their dealers had attempted, instead of it being the other way around.

Besides being unduly expensive at hourly billing rates, having an attorney do this work usually indicates that a manufacturer is less aware of — and less committed to — its obligations to consumers who purchased a defective new car or bought a defective used car. Obsolete methods of communication between manufacturers and dealers add to the problem.

If a lemon law claim is initially denied or ignored, it is highly likely that the manufacturer has not yet considered all of the facts and circumstances surrounding the claim. Ignorance is no excuse under lemon law, but it remains a fact of life for many manufacturers that receive claims from consumers who purchased a defective new car or bought a defective used car.

As hard as it is to believe, some manufacturers still fail to train employees adequately regarding the requirements of consumer law and regulation. Turnover among employees in customer service and claims processing roles can be high, and some managers resort to training themselves in how to handle lemon law cases on the fly.

For instance, if the employee of a manufacturer mistakenly believes that a negligent repair by the dealership doesn’t count against the manufacturer for purposes of lemon law, the person may fail to take the necessary steps to comply with the law in a timely fashion.

This a big one. By politics, I’m referring not just to highly publicized issues like the Ford Powershift class action, Volkswagen’s Dieselgate, or important recalls, but also to internal politics that affect the daily lives of mid-level managers in large corporations. The large, publicized cases can lead to coordinated strategies for responding to, delaying, or denying claims from those who purchased a defective new car or bought a defective used car. 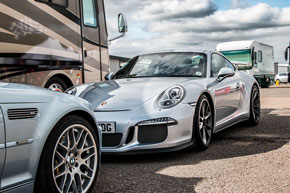 benefit for the company to avoid responding to claims until the class settlement opt-out deadline passes, and causes many class members to lose their right to make claims, without them realizing it. It’s quite mercenary from a customer relations standpoint, but it’s a reality.

An even more significant phenomenon is the effect of internal politics. There are incentives (and disincentives) for corporate representatives to make seemingly foolish actions on behalf of their company. For example, imagine that a mid-level manager is seeking a promotion or a bonus one year from now. She knows that litigation in California can easily last more than one year, especially if she asks the lawyers to vigorously defend cases.

This manager has an incentive to deny claims to reduce her budget spend during the year in which she seeks the promotion or bonus. She knows that reality won’t come to bear for her company until it no longer matters to her personal interests.

Here is another hypothetical example: A manager understands lemon law and wants to comply with it, but he receives pressure from a company mandate to reduce spending, including on consumer affairs issues. He may know the lemon claims he processes are valid, but that it will appear he isn’t helping the company if he recommends a full buyback for each vehicle from the start.

If he denies the claim and sends it to a defense attorney, there could be roughly three months of litigation before he receives an opinion memo from a lawyer stating that the vehicles should be bought back. Meanwhile, the cars depreciate, consumers suffer frustration, attorney fees on both sides add up, and a civil penalty is implicated for willful noncompliance with the law — all of which are paid for by the manufacturer. Nonetheless, the manager can rightfully show his superiors that he at least did his due diligence.

There are also other, subtler ways that politics can play a role in a manufacturer’s decision to deny a lemon claim from those who purchased a defective new car or bought a defective used car. The main point, however, is that car companies are run by individuals who have their own strengths, weaknesses, and personal goals to deal with. These individuals may face pressure and incentives that affect their decisions.

This is a consumer-oriented blog, but we have to be fair. With my background in lemon law defense and working in-house at an automaker, I can tell you that any company receives overreaching claims from consumers who may not fully understand the law, or who may simply have unreasonable demands. In my opinion, most claims are reasonable, and all claims should be fairly evaluated, but it is true that certain claims overreach.

In one example, a claimant demanded many millions of dollars, in addition to a lemon law buyback, for claimed loss of use of the vehicle as a limousine rental. Loss of use damages are typically not allowed under lemon law (see Bishop v. Hyundai Motor America, 44 Cal. App. 4th 750, 754-758 (1996)), to say nothing of the fact that lemon law is a form of consumer protection law that isn’t designed for commercial remedies. The amounts the claimant sought far exceeded the value of the underlying lemon law remedy.

This is an extreme example. Unfortunately, though, situations like this can make life harder for frustrated consumers who make reasonable claims in good faith. The extreme cases may case a manufacturer to become skeptical of almost all cases, regardless of their merit. 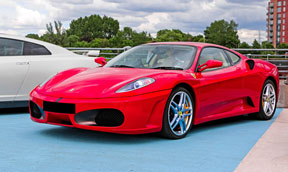 Was Your Claim Denied?

If you purchased a new or used lemon car, and you have unsuccessfully tried to seek a remedy from the manufacturer, the law may still entitle you to compensation. To explore your legal options under lemon law, contact us to schedule a free consultation. We know how auto manufacturers handle lemon claims. After all, there was a time when we helped them do it.