We expect products to improve over time due to advancements in technology and engineering. So, why do lemon law cases continue to happen? It’s a question you would probably like to have answered if you’re wondering what to do if you bought a lemon car. 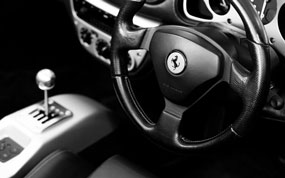 First, it’s helpful to consider what a lemon actually is. A lemon can be described as a low-quality product. In business or manufacturing terms, “quality” is defined as a measure of the state of being free from defects and deficiencies. However, if you bought a lemon, it’s important to realize that lemon law cases do not arise only from quality defects.

Sometimes, a car doesn’t conform to the manufacturer’s warranty, even when it’s manufactured exactly as designed. We see this in cases involving widespread vehicle problems, such as Volkswagen’s Dieselgate and Ford’s Powershift cases. Increasingly, it seems, the discrepancy between proper design and improper functionality is a major source of consumers’ lemon law frustrations. Here are four reasons we believe are behind the trend.

1. Increasing Reliance on Computers and Software.

Computers and software are the source of most new advancements in automotive technology, bringing about delightful new features and taking control of traditional systems in ways that can improve efficiency and performance. However, vehicles that are run by computers are also subject to new types of problems — a fact you be intimately familiar with if you bought a lemon.

Volkswagen’s dieselgate scandal, for instance, was caused by a “cheat” system in vehicle software, and many of the nontraditional transmission systems have problems because the software now relied on to anticipate gear shift changes fails. Infotainment systems, along with transmission systems, are known to be a major source of reliability concerns for consumers.

There have been well-publicized questions about problematic software in cars, such as in the reports of sudden and unintended acceleration in Toyota vehicles. While it isn’t clear whether computers caused the reported incidents of unintended acceleration, it is undoubtedly true that Toyota’s electronic “drive-by-wire” system didn’t incorporate a brake override system, which existed in other brands and would have answered relevant safety concerns. In the wake of the scandal, Toyota began building vehicles with the brake override system.

In the absence of a sensible roll-out of new technologies, the auto industry treats the new car you buy as a “beta” model, in the same way that Apple sometimes issues a software update that contains bugs. The difference is that there can be disastrous consequences when the product is a motor vehicle rather than a smartphone. This leads to new lemon law cases. If you’re wondering what to do if you bought a lemon car, one of the cases may be your own.

Within the auto industry, it’s well-known that there is a nationwide lack of qualified technicians. This issue in related to the one above. As vehicles become increasingly reliant on computers, 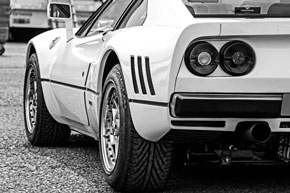 traditionally trained mechanics are no longer able to diagnose and repair vehicles using their senses and knowledge learned while standing over the shoulder of another mechanic. Instead, they require specialized training in digital technology.

Unfortunately, there is a lack of sufficient vocational training in high schools to meet the demand, and the auto industry has failed to create a system for producing new, more qualified technicians. If the industry lacks the technicians needed to fix vehicles, new lemon law cases — and a bevy of consumers wondering what to do if they bought a lemon — will be the result.

A major source of the auto industry’s problems — including lemon law issues — comes from the sometimes ridiculous and usually arbitrary sales targets that major auto manufacturers set. Evidence exists that there is already a greater supply of cars than consumers demand. Greater supply generally means lower prices for consumers. How is this bad?

While it’s true that oversupply leads to price discounts, it ultimately cuts into manufacturers’ profits. This, in turn, leads manufacturers to cut corners, and make aggressive claims about their products.

For example, in order to sell X number of vehicles at Y price, a manufacturer may know that it needs to advertise certain competitive performance characteristics and fuel economy. If the manufacturer can’t meet these standards after investing hundreds of millions of dollars in designing a new engine or transmission system, it may cut corners by releasing products that are unable to conform to warranties, as we have seen with CVT and dual-clutch transmission systems.

In addition, lower profitability and missed sales targets leads to budget cuts, which can lead a manufacturer to use more aggressive policies in denying lemon law claims. Ultimately, it creates a positive feedback loop that creates more — and resolves fewer — lemon law cases. If you’re wondering what to do if you bought a lemon car, such a manufacturer won’t be much help.

This issue is covered further in my blog about how auto dealers view lemon law claims. But to elaborate, dealers and manufacturers must have a good working relationship to avoid the creation of new lemon law cases. If manufacturers fail to properly train and communicate with dealership service personnel on repair issues, the consumer is the one that suffers.

Likewise, if dealerships focus solely on their own bottom line and shift the burden of difficult repair issues to manufacturers, vehicles will not be repaired in a timely, proper manner, and new lemon law cases will appear. 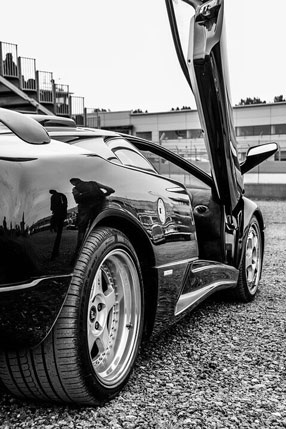 The issues above do not work in isolation. Rather, they multiply lemon law issues. Adopting computer technology — possibly due to corporate greed and adherence to sales targets — before it is ready for use will cause nonconformities to warranty. Furthermore, the lack of qualified technicians will result in increased repair attempts and shop downtime for lemon vehicles.

The failure of manufacturers to communicate repair solutions, and the disinterest of dealers in taking responsibility for repairing cars, will virtually ensure that repair attempts are not reasonable. In addition, the industry’s unrealistic business model naturally leads to budget cuts and shortfalls, which incentivize manufacturers to use aggressive policies to deny lemon law claims.

Think You Bought a Lemon?