An interesting aspect of U.S. lemon law is that it makes auto manufacturers liable for lemon vehicles, but it doesn’t hold auto dealers liable. This can be confusing, even for automakers.

In most parts of the world where you can file a lemon law claim, dealers are held responsible for selling defective automobiles because a “privity of contract” (i.e. a direct contractual relationship) exists between dealer and consumer. However, it does not exist between manufacturer and consumer. When worked as an attorney for major auto manufacturers, I routinely explained this feature of the law to dealership managers who were located outside the U.S.

Difference Between U.S. and Other Countries 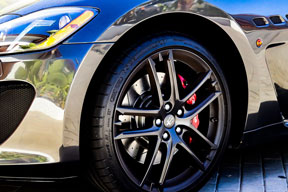 In most countries, when auto dealers are liable, they must respond to lemon law claims not only in the interest of customer service, but also in their own legal interest. By contrast, under U.S. federal lemon law and California lemon law for cars, a dealer can fail to reasonably repair a vehicle and face zero liability under the law. The manufacturer is responsible for the actions of its dealerships and must properly train, equip, and entice dealers to repair vehicles properly.

I use the term, “entice”, because under U.S. franchise law, it is difficult for manufacturers to control the actions of their dealerships. It is important to remember that manufacturers and their dealerships are entirely separate entities. Practically speaking, their alliance is far less easy than the general public understands.

A manufacturer wants its dealers to sell its brands. But dealers usually sell other brands, too, which may include ones from the manufacturer’s competitors. This is because dealerships are primarily profit-driven. Because a lemon law claim by itself doesn’t hold their feet to the fire, when it comes to either helping a manufacturer fix difficult cars or performing the daily business of selling cars, parts, and service to customers, why wouldn’t dealers focus on the latter?

Understanding the Perspective of Dealerships

Think about it for a moment: If you are a dealership service manager, and you have an angry customer complaining about a car that’s hard to repair, do you care if the customer brings a lemon law claim? Not necessarily. In fact, you might even hope that she files a lemon law claim — because, at that point, the car becomes the problem of the manufacturer and not the dealer.

How Dealerships May Respond to the Situation

Because the dealer has no skin to lose, they may passive aggressively allow a lemon law claim to fester, rather than investing extra time, at lower pay, to fix the car’s problem. 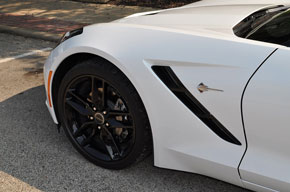 It’s not always that simple, of course, and there are reasons — including business interests — that motivate dealerships to work with manufacturers to repair vehicles in a timely fashion. However, it’s important to remember that manufacturers and dealers are separate entities, and that federal and California lemon law for cars is enforced only against manufacturers.

If you’re confused about an inconsistent response from your dealership service advisor and the manufacturer’s customer service department, you may be caught in the middle of one of these passive aggressive quagmires that frequently occur between dealers and manufacturers.

If you keep waiting for the dealer and manufacturer to work out a solution for addressing your lemon car, the answer is probably yes. For expert advice on federal and California lemon law for cars, contact Goldsmith West to schedule a free consultation. We will help you explore your options, explain them in-depth, and help you choose the right course of action for your case.